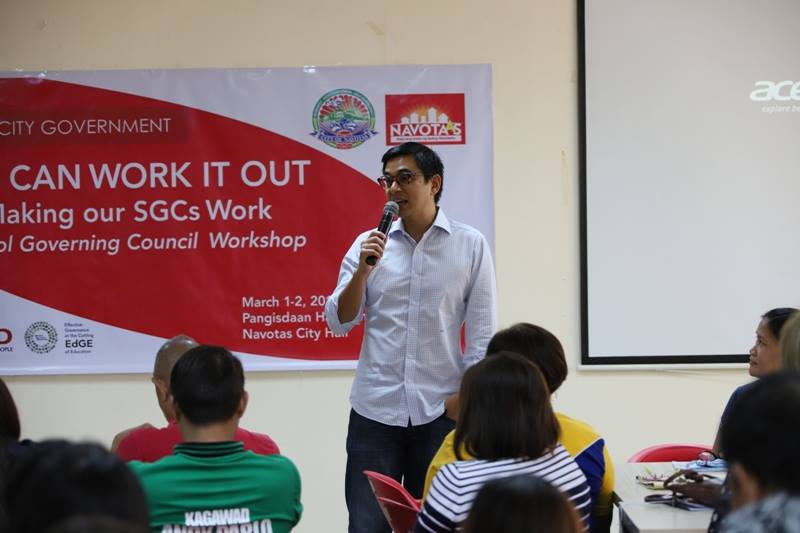 An old song goes “love is lovelier, the second time around…”  Except that it wasn’t the second time but the fifth time that Synergeia facilitated an education-related workshop in Navotas City.   Still, the experience of working with our partner-education leaders in Navotas has always been very inspiring for us.

The workshop was held on March 1 and 2, 2018 for School Governing Councils from 15 Navotas elementary schools and 8 Navotas high schools.   It aimed to capacitate the SGC members on their more complex roles such as policy making, action planning, financing, goal-setting and task analysis, and developing a SGC brand.   It was encouraging to see the participants very active during discussions and exercises, and very eager to learn.  They also enjoyed the session on “The Look of a Leader” by Director Oskar Atendido of John Robert Powers International which taught them stance and posture, and improving one’s gait to project confidence.  The catwalk portion of this module was a relaxing way to close the first day of session.

Synergeia initially collaborated with Navotas in 2013 for a training workshop for the Local School Board.  This was followed by a workshop on school governance and a training for barangays in 2014, and a workshop for School Governing Councils in May 2015.  Although there was a break in our engagement for almost 2 years, Navotas continued to push education programs on its own.  Its Local School Board performed well in education governance.   Synergeia President Ma’am Nene referred to the Navotas experience as a great measure of how successful the LGU-Synergeia partnership has worked despite the 2-year absence.  And she gave credit to the hardworking, data-savvy, service-oriented and family-centered  chief executive, Mayor John Rey Tiangco.

Mayor John Rey, as he is fondly called by most people who knew him, was very generous with his time and came to open and close the 2-day SGC workshop.   He pushed for the workshop as he saw the need to continue the training of SGCs in Navotas.  He understood their huge role in the education of children.  Whereas in the past, education was left to the teacher and the parent only, now, everyone including the barangay, the community and the private sector must contribute to make sure all children of school age are in school and getting quality education.   Mayor John Rey definitely knows whereof he speaks – – he was a SGC member way before he even thought of running for Mayor of Navotas.

For a young man, Mayor John Rey’s wisdom and dedication are inspiring.  In his closing remarks, Mayor John Rey advised the SGC members to choose good leaders who have the passion to make education work and the commitment to serve.   “A worthy life is (one) for the service of others,” he said.  Navotas City is indeed fortunate to be under his leadership, and Synergeia is privileged to have an Education Mayor in Mayor John Rey. 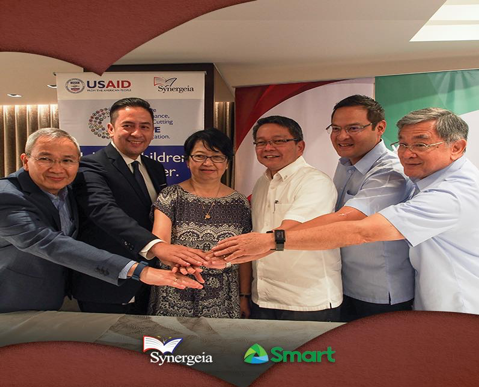 We are extremely pleased with our partnership with SMART Communications, Inc. SMART generously supported the inaugural awarding of the Seal of Good Education Governance to 24 LGU-partners of Synergeia Foundation which measured up in terms of leadership in the implementation of education programs in their respective communities.

During the launch of the Seal in May 2017, SVP and Head of PLDT Enterprise Mr. Jovy Hernandez was asked by media guests why SMART Communications decided to support the program. He was quick to answer “Why not? When we knew what Synergeia is doing in uplifting the educational status of our children, we decided to join them and complement their efforts by supporting them…Education is also one of our responsibilities… If we can support education more, we can expect a better nation…We are here today for the simple reason that together, we will see to it that all our children will be educated for a better life and a better nation.”

The announcement of winners and awarding of the incentive packages from SMART were one of the highlights of the 11th National Education Summit last September 28-29, 2017 (see related article under “News and Events”).    SVP Hernandez acknowledged the excitement in the hall but remarked that he was more excited to hand out to outstanding and winning LGUs the incentive packages from SMART-PLDT worth P1.5 million each.  The incentive package is primarily comprised of tailor-fit technology-based solutions for education with digital learning content plus cash prize.  The incentive package will also include the installation of wifi in hot spots in the winning LGUs.  For LGUs in remote or far-flung areas, they will give “SMART school in a bag” which will include mobile devices and solar panel.

In addition, in 2017, SMART had likewise provided a “Technocart” worth P200,000 each to 8 LGU-partners of Synergeia, namely, San Gabriel and Santol, La Union; Tuba and La Trinidad from Benguet;   Dao and Sapian from Capiz; and 2 for the LSB of Lanao del Norte.  The cart contained a laptop, 20 tablets, a CD projector, pocket wifi, and learning packages. “

Synergeia Chairman Fr. Jett Villarin very much welcomed the generous gesture of support by SMART/PLDT and reiterated the commitment of Synergeia towards helping communities overcome obstacles to quality education.  “Synergeia is a movement.  We aim to share the best practices of LGUs so that those at the bottom will be interested to join and improve the school performance of their children.” 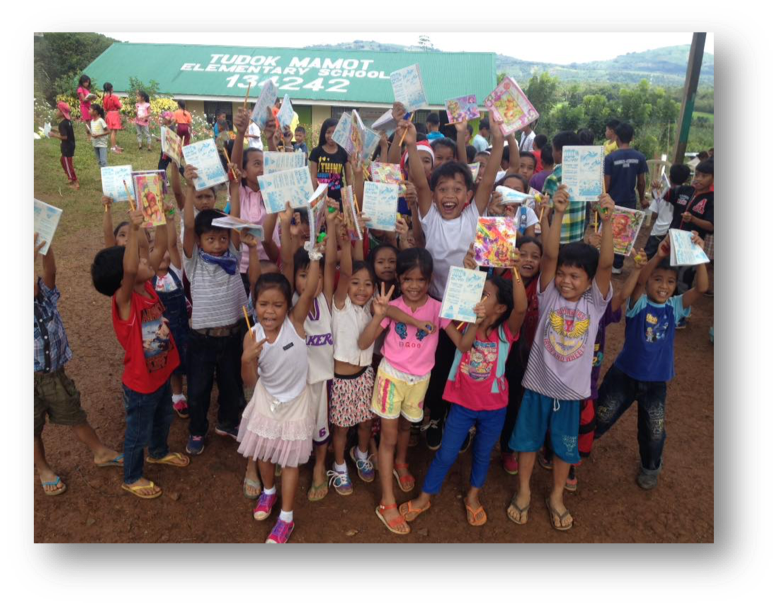 Who jumped for joy after getting a new classroom, and receiving books and school supplies?   They were the children from North Upi in Maguindanao, and Piagapo and Taraka in Lanao del Sur who were very happy to receive these donations from Juan and Isabel Zapanta Foundation in 2017.

Zapanta Foundation funded the construction of a three-classroom building in Kabakaba Elementary School in North Upi.  The mayor of the town, Ramon Piang committed to use the PPP to leverage additional funds from the provincial government to finance the construction of a fourth school building.  The officers of the foundation were so impressed with the leadership of the Mayor and offered to donate reading books for the reading program in every school that the foundation would build.

Zapanta Foundation was one of four major partners of Synergeia for 2017.  We are very thankful for their generosity and support in upgrading the learning facilities of children in Maguindanao and Lanao del Sur.