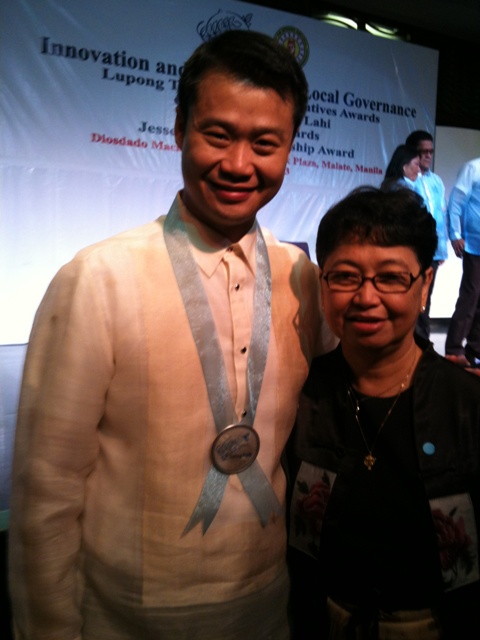 Mayor Sherwin Gatchalian’s 3S program in Valenzuela City was chosen as one of the Ten Most Outstanding Programs in Local Governance. Three S stands for “Simple, Speedy and Public Service program”. The 3S program aims to: 1) minimize graft and corruption to a zero level; 2) change the employer-employee culture in the city government; 3) simplify and streamline processes in transacting business with the city government; and, 4) engagement of the public in providing oversight on governance.

Processes for obtaining business permits were streamlined from 11 complicated procedures into three (3) simple and easy steps. Internal rules and procedures were rationalized for faster processing of documents. The number of signatories was reduced and licenses are released in a record time of 20 minutes or less. A flat organizational structure was adopted to minimize layers of management and make operations flexible and more responsive to the needs of clients. The work environment was redesigned to foster greater accountability. Panels in offices were made transparent to make operations and actions visible to everyone.

Mayor Win is well respected and well-loved by the residents of Valenzuela City. He has succeeded in increasing the income of Valenzuela City to P2.10 billion which was a 110 percent increase in 2004. Robust revenues allowed Valenzuela to provide adequate public services to the community. The city has invested on improved infrastructures, enhanced peace and order, and provided economic and social services to residents. Among its basic infrastructures are hundreds of roads where 99.62 percent has a surface type of concrete, school buildings, rehabilitation of jail houses (with provision for alternative learning system), court rooms, lying-in clinics, fully functional health centers in every barangay, 72 day care centers which are close to communities, and, waste management facilities.

The city implements a comprehensive program in education starting from early childhood to tertiary education. Even before the DEPED mandated kindergarten education, Valenzuela had already provided early education to all its children. It has done massive training of all teachers, developed teaching manuals and workbooks for all learners, and constructs an average of 100 classrooms per year. As a result, the city maintains a student to teacher ratio of 43:1 in elementary schools and 45:1 for secondary schools. The focus of the city on education has demonstrable results. Achievement levels of children in the National Achievement Test (NAT) increased from 60 percent in 2007 to 76.91 percent in 2011, the highest in the NCR. The city has an extensive program for Out-of-School Youth on literacy and livelihood. The Pamantasan ng Lungsod ng Valenzuela and the Valenzuela Polytechnic College concentrate on offering curricular programs, such as engineering, that will provide the students with good opportunities for employment and entrepreneurship.

Investments in peace and order through capacity building of the police force and essential support for protective services and Katarungang Pambarangay yielded positive results. The DILG-BLGS reported that the “city has reduced it crime incidence and most if not all interpersonal disputes are immediately and amicably settled.”1

The health care system is described as “highly functioning characterized by quality primary health care, quality maternal and child care, and health insurance for indigent families”2. The city is constructing a VC West Emergency Hospital and Dialysis Center to respond to the needs of underprivileged residents at a minimal fee. The Mayor forms task forces with him as head to respond to emergencies such as dengue outbreak. A “VC Cares Program,” a “Mobile Health Clinic”, and a “Mobile Pharmacy” are fully functional to respond to the needs of poor families.

Synergeia is proud to have you as a valuable partner and as a Trustee, Mayor Win. 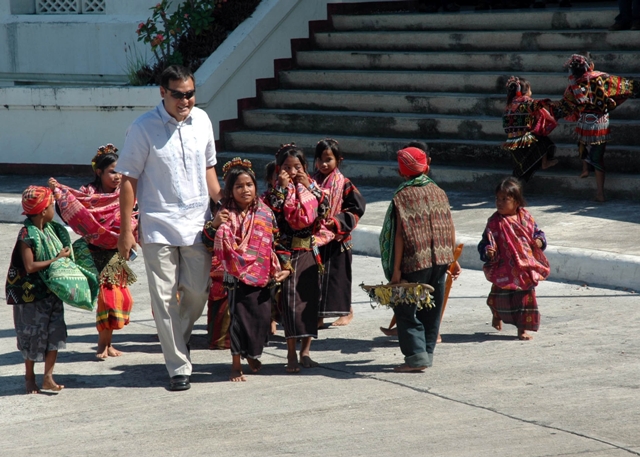 The governor of Sarangani Province, the Honorable Governor Miguel Rene Dominguez was awarded the first ever Jesse Robredo Leadership Award (JRLA) by the Galing Pook Foundation.

Named after the late DILG Secretary Jesse Robredo, the leadership award is conferred on mayors or governors who have shown effective, transparent, accountable, participatory, innovative and ethical leadership. The awardee must also have showcased a culture of excellence in local governance through the institutionalization of policies, systems and practices.

Under his tenure, Governor Migs transformed Sarangani from a 4th class conflict-ridden province into a bastion of good governance. In 2004, Governor Migs and the Provincial Peace and Development Task Force put together a Comprehensive Peace and Development Plan, which became the technical blueprint for the creation of an innovative peace and development program for Sarangani Province. The provincial government designed and implemented the Justice Enhancement and Empowerment Program in 2006, which involved the deployment of a mobile court to the hinterlands. This program has led to the speedy resolution of court cases and empowered community leaders to mediate petty disagreements.

Convinced that a good education can be a key out of poverty, Governor Migs and the province launched the Quality Education for Sarangani Today (QUEST)program to improve children’s access to quality basic education. The program has mobilized the entire provincial community in increasing participation rate from 68 percent to 82 percent; improving completion rates from 40 percent to 60 percent and increasing achievement levels by 41 percent. Project Quest was recognized by Galing Pook as one of the 10 Most Outstanding Programs in Local Governance.