Two passionate mothers are education champions in their communities 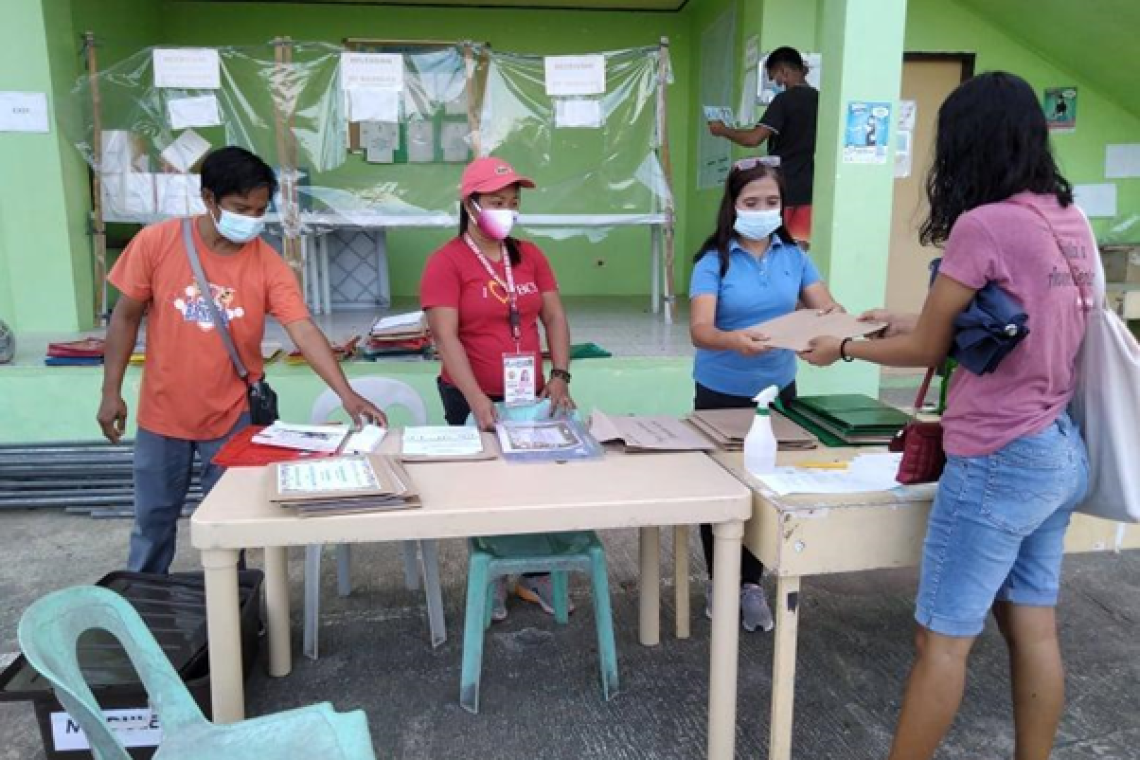 Rosemarie Cobre and Ferly Bones share a lot of things in common: both of them are mothers in their 50s, both of them have two children and both are high school graduates who have become pillars of education in their communities.

Cobre is the head of the Federation of the School Governing Councils in Bacnotan, La Union, an association involved in policy making in 17 elementary schools in the municipality.

Bones is the chairperson of a School Governing Council (SGC) in Batad, Iloilo who converted her home into a tutorial center for children who are having a tough time with remote learning.

SGCs help craft school improvement plans and they participate in formulating school policies and programs that benefit learners. Parents, barangay officials, teachers, non-government organizations and anybody who can devote time and self in improving the education of children can be part of SGCs.

As it works with more than 400 local governments across the Philippines to improve the quality of basic education, Synergeia Foundation holds workshops to guide SGCs, like those in Bacnotan and Batad, in preparing action plans including a budget and sustainability feature.

“All I want is that no child in Bacnotan would grow up ignorant,” said Cobre.

Born to a poor family, Cobre was unable to study beyond high school as she needed to work early being the eldest child in a brood of four. Little did she know that she would become so involved in the education of her own children.

She was president of the Parent-Teachers’ Association at Bacnotan Central School for many years before eventually heading the school’s SGC and later the municipality’s Federation of SGCs.

With the pandemic forcing children to learn remotely, she plans to start off an adult literacy program called the Barangay Literacy Coordinating Council to help unschooled parents assist their children at home.

“I realized I could help in the education of the children in our community even if I didn’t get to finish my own education and that poverty should not be a barrier,” says Cobre.

In Batad, 51-year old vegetable vendor Bones opened her home to 14 students in her neighborhood to help tutor them, along with some volunteer teachers, with their learning modules.

After participating in some seminars about distance education organized by the local government and Synergeia Foundation, Bones realized she needed to help out children who are left on their own devices at home because their parents are either working or unschooled.

Every now and then, she invites volunteer teachers to mentor the students and sometimes her own children help her out.

In a community where many youths marry young or skip school to work for their families, she keeps on reminding parents that education should be top priority for their children.

“I should know because my own parents wanted me to be a teacher, but I didn’t listen to them,” she admits. “Now, thanks to the pandemic, I’ve become a teacher of sorts to children who need some guidance.”

Functional and active SGCs are partly the reason why Bacnotan has been a three-time recipient of the annual Seal of Good Education Governance awarded by Synergeia and the U.S. Agency for International Development (USAID).

When USAID began its Education Governance Effectiveness program through Synergeia in 2013, only 1.6% or 29 out of 1,838 SGCs participated in planning, formulating and implementing school policies. Another 43.3% had no SGCs and 39.1% had non-functioning SGCs.

At the end of 2020, the number of schools with functioning and participatory SGCs had surged to 1,331.

Fully operating SGCs and a reading proficiency program helped Kayapa, Nueva Vizcaya reduce its non-readers and frustrated readers by 63% in 2018-19.

In Vigan, Ilocos Sur, working SGCs helped cut the number of the city’s frustrated readers by nearly 35% and boosted its cohort survival rate to 99.5% during the same period.

Both Kayapa and Vigan were first-time recipients of the Seal in 2019. The next batch of Seal winners will be announced during the 14th Washington SyCip National Education Summit to be held virtually on March 25-26. It will be streamed live on Synergeia’s Facebook page.