School on the Air: Mindanao town turns to radio to reach, teach children 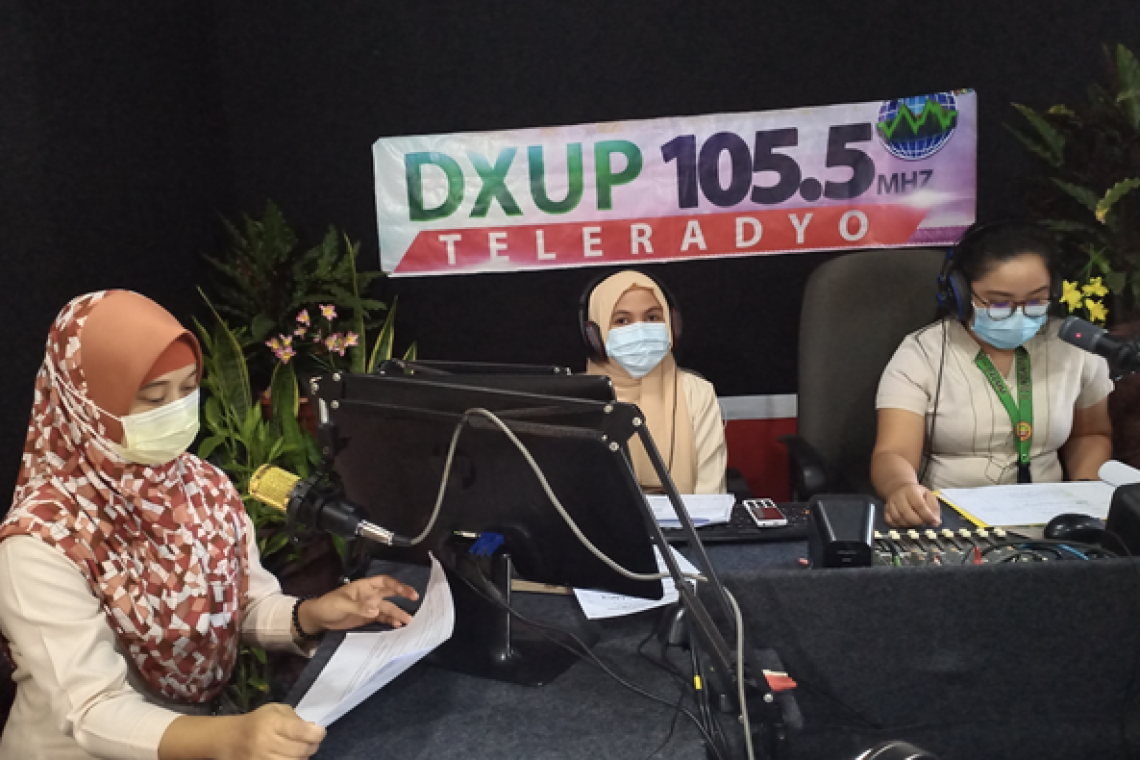 In a place where Internet connection is both weak and costly, educators have turned to the most reliable communication tool whose reach is far and wide and won’t cost a fortune: the radio.

A project of the local school board in Upi, Maguindanao province, School on the Air is a one-hour radio program launched on Jan. 26 aimed at helping primary school students cope with remote learning.

“Radio is the cheapest way to reach the learners to augment the guidance they get from the teachers under the distance learning system,” said program director Lenyrose Sunio.

The coronavirus pandemic has pushed local governments across the Philippines to help children learn outside classrooms and ease the burden on parents tasked with the teachers’ role at home.

Fifty-five teachers alternate in teaching students from kindergarten through Grade 6 from Tuesday to Friday, 2-3 pm, on local radio station DXUP. The main goal is to guide students in learners’ activity sheets developed by the Ministry of Basic, Higher and Technical Education of the Bangsamoro Autonomous Region in Muslim Mindanao, said Sunio.

“It’s important to supplement learning with radio-based instruction because the children understand the lessons much better,” said the 34-year-old mother of two who grew up listening to the radio at home.

Upi, a small municipality in the Mindanao island with a population of just over 53,000, has an expanded local school board that includes representatives from indigenous people’s groups, women, business, civil society organisations, and madaris or private Islamic schools.

Upi is a two-time recipient of Synergeia Foundation’s Seal of Good Education Governance, recognized for its consistent efforts to implement policies to benefit learners in the community.

Since becoming a partner of Synergeia in its education programs in 2005, Upi has seen the reading proficiency of its students increase significantly. When the program started in 2005, only three out of 10 students could read. In the second year, it increased to 50 percent and in the third year, seven out of 10 pupils in Upi could read.

Synergeia, supported by the U.S Agency for International Development, works with more than 400 local governments in the Philippines to lift the quality of basic education.

The search for the next recipients of Synergeia’s Seal of Good Education Governance is currently underway. Details on how local governments can apply can be found on https://www.sealofgoodeducation.com/