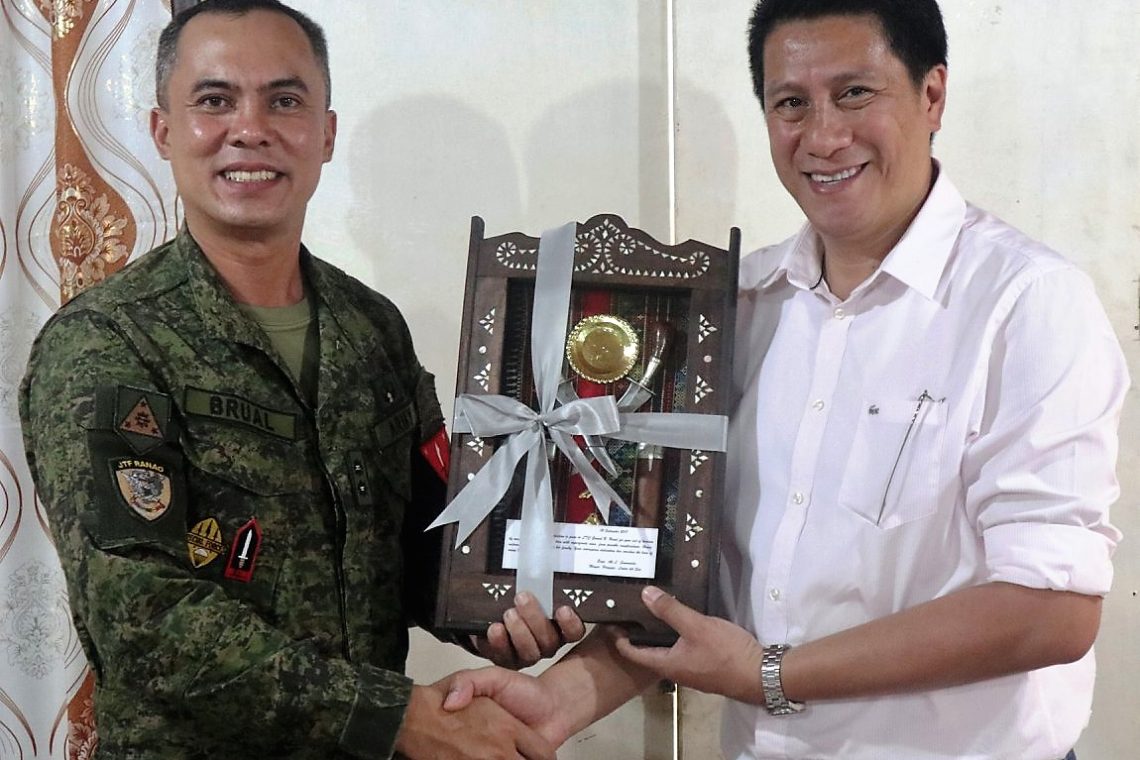 A month before the siege of Marawi City in Lanao del Sur by Islamic State-linked Maute group in 2017, dozens of the terror group’s members were killed in a series of encounters with the military in the town of Piagapo less than 20 kilometers away.

The clashes displaced hundreds of families in Piagapo, but it would not compare to the battle in Marawi that unfolded in May which lasted five months and flattened the city. Nearly four years since it ended, many of Marawi’s residents remain in temporary shelters as the rehabilitation of the Islamic city is yet to be completed.

What happened in Marawi remains a cautionary tale for the people of Piagapo where the threat of extremism continues as those left of the Maute group are believed to be recruiting youth as young as 13 in the outskirts of the town.

“Our aim is to prevent them from being easily convinced by remnants of the Maute group,” said Piagapo Vice Mayor Ali Sumandar. “We have to continue our campaign against violent extremism.”

That campaign includes using a standardized module and curriculum in the madaris or Islamic schools in Piagapo. The new modules and curriculum were launched in January 2018, said Sumandar, three months after the end of the battle in Marawi.

Synergeia Foundation in partnership with the Global Community Engagement and Resilience Fund helped draft some of the modules when they began a project to prevent violent extremism in Mindanao.

“Our project with GCERF is breaking the ascent of violent extremism by enabling people to see that the local governments will provide good education for their children and will promote good justice,” Synergeia President and CEO Milwida Guevara said.

Apart from Piagapo, other areas covered by the program include Kapatagan in Lanao del Sur, Jolo in Sulu and Buldon in Maguindanao.

Synergeia believes that working with local officials like Sumandar leads to meaningful changes in governance across Philippine cities and municipalities, particularly in pushing for education reforms and in developing peace leaders.

“By standardizing the curriculum, we know what is being taught to the children,” said the 48-year-old vice mayor. The next step is to monitor what is being preached in the mosques and the local government’s plan is to create a uniform message to be preached on Fridays, he said.

“We will prepare it ourselves maybe two days ahead to be used for the Friday worship in all mosques,” said Sumandar, adding he hopes to launch this plan in June or July.

In a fresh reminder of the continuing threat of terrorism in Mindanao, more than 100 gunmen belonging to the Bangsamoro Islamic Freedom Fighters occupied the public market in the town of Datu Paglas in Maguindanao for six hours earlier this month, before fleeing shortly after the military launched an assault.

Three months ago, during a routine monitoring of a remote barangay, Sumandar received information that three children, aged between 13 and 15 years old, were reported missing and believed to have been recruited by the Maute group.

“We don’t know if they’re dead or returning and one of the kids’ fathers was livid at what had happened,” he said. “We need to keep a close watch on our children because they could be very vulnerable.”

That child’s father has now been warning other parents to protect their own children, Sumandar said.

During the Talakayang Bayan, or town hall meeting, in January at the Piagapo municipal hall organized by Synergeia and GCERF, participants including local government officials, educators, parents and members of the police and military vowed to advocate against violent extremism.

“Islam is a religion of peace. No one should declare war unless they are deprived of their religious belief,” Sumandar said at the meeting.

Hanifah Sultan, head of Bualan Elementary School, expressed concern over the seeming lack of supervision of children given the closure of all schools in the Philippines for more than a year now due to the COVID-19 pandemic.

She pledged to work closely with all stakeholders of the community and parents to keep a tighter watch on children and youth.

With education as a powerful weapon to counter extremism, Sumandar believes there should be a firm plan to consider resuming in-person classes in the municipality, even on a limited basis.

“If the pandemic continues, we have to have a strategy on how children can go back to school during some days of the week,” he said.

The children from remote areas where Internet connectivity is weak or non-existent suffer the most during distance education, with limited access to teachers and other online help.

Officials from other local governments in the Philippines with low to zero transmission of COVID-19 in their communities, like in Piagapo, have been pushing for the resumption of face-to-face classes in the next school year as many children have struggled with remote learning.

There was an initial plan by the Piagapo local government to hold a symposium for the youth, similar to what is regularly done for adults, to constantly warn them against joining extremist groups, but it was later discarded due to pandemic restrictions. The local government also holds peace dialogue in its barangays.

The town’s Sangguniang Kabataan, or youth leaders, are currently raising funds to build a multi-purpose building for sports and other activities, said Sumandar. Construction may start next month.

“Prevention is better than cure,” he said, adding that what happened to Marawi following the 2017 siege will continue to be a dark reminder for Piagapo that violent extremism only leads to destruction.

“In just a few years, Piagapo has managed to become one of the blooming and growing municipalities in Lanao del Sur,” said Sumandar. “Why would we allow it to collapse in pursuit of a false ideology?”