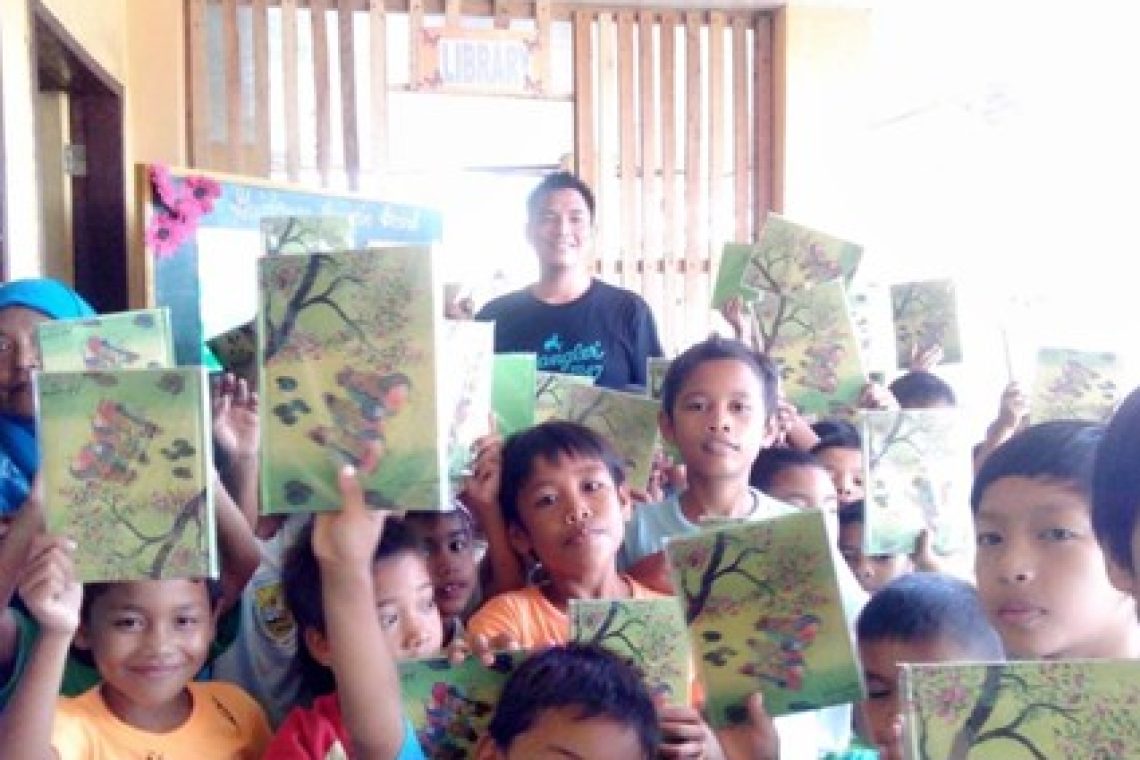 It was perfect timing. The relief felt by Principal Jonette Penites of Maybunga Elementary School was evident when she related of the moment she was informed that her school was to be the recipient of special notebooks by Wyeth Philippines through Synergeia Foundation. Three pupils had knocked on her door just a few days previous to inform they were out of notebooks to write on. Such a basic school implement is valuable in a school where half of the student population are indigents residing along the edge of Pasig River.

Barangay Chairman Jun Concepcion led a small program at Maybunga’s auditorium where first grade pupils gathered to receive their gift from Wyeth. He said Wyeth’s and Synergeia’s gesture reaffirmed Maybunga’s status as a child-friendly barangay. Four other public elementary schools in Pasig were beneficiaries of the notebooks.

More than a Christmas Present

On December 2013, Wyeth notebooks were more than just an early Christmas present for the school children of Capiz, Iloilo and Antique where super typhoon Yolanda wreaked havoc a month before. Provincial Administrator Dr. Paul Banias, together with Synergeia Project Officer Edwin Nacionales, coordinated with the local heads of each beneficiary town to bring the notebooks to about 6,000 first grade pupils. Mayor Millard Villanueva of Concepcion, Iloilo, Vice Mayor Abel Martinez of Mambusao, Capiz and Batad, Iloilo Councilman Estong Balida were among those who took charge of the distribution.

Encouraging Non-Readers with a Special Gift

The local school board of Bongao, Tawi-Tawi took the initiative to distribute the notebooks to five public schools with the largest number of identified non-readers. The distribution took place on March 1-2, 2014, which fell on a Saturday and Sunday when remedial reading classes were taking place. Bongao Mayor Jasper Que himself saw to the distribution of the notebooks that would serve to help these non-readers gain more enthusiasm for learning.

Mayor Que and the children of Bongao, Tawi-Tawi

Synergeia distributed over 48,000 units of special hardbound notebooks from Wyeth to elementary school children from over 400 public schools in 29 municipalities/cities from Itogon, Benguet in North Luzon to as far as Bongao, Tawi-Tawi in the Autonomous Region of Muslim Mindanao.

A Story About Sharing

After the short program, the children excitedly stood in line and walked in single file to the front to each receive a notebook. One boy with a serious expression on his face, however, remained sitting on the pavement instead of joining the queue. A couple of girls were trying to get him to stand up but he would not move. One of the children must have noticed that I was observing the scene and so came up to me to say that the boy’s pants was ripped. I approached the boy and found that indeed the tear on his pants ran the whole length at his side. I put my hand over his shoulder and told him that such things happen. My pants got ripped when I was little too.

I went up front where the distribution was taking place and got one notebook for him. As I made my way back, I saw one child giving her own Wyeth notebook to the glum little boy but likely still embarrassed, he would not take it. I placed the notebook I got for him on his lap and pointed out how great it was to have friends who cared about him. They did not mind his torn pants. He still could not manage a smile even as his friends gathered around him for a group photo.

I passed by the children still sitting on the pavement on my way out of the auditorium after the distribution. I waved to the boy as I walked past and smiled at him. He waved back. I was sure then that his friends’ unselfish gesture in connection with a Wyeth notebook will stay with him more than the condition of his pants that special day.