USAID, Synergeia partnership reduces frustrated readers in the Philippines by 56% 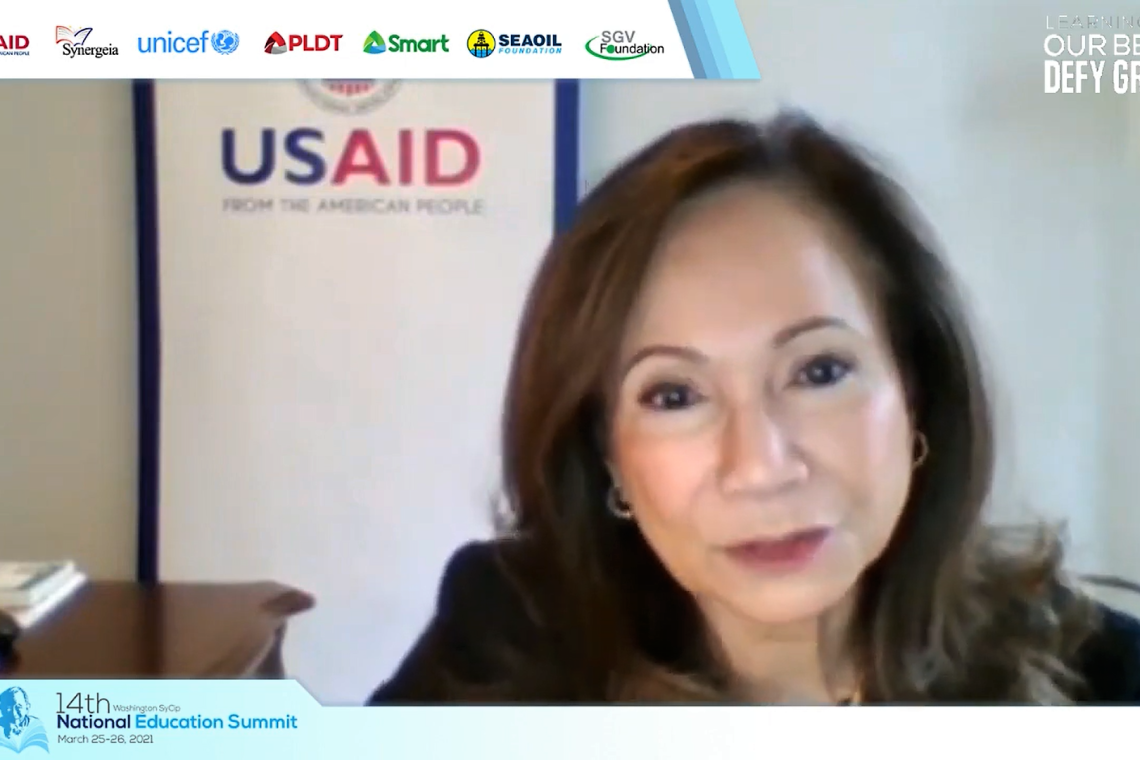 The partnership between the United States Agency for International Development and Synergeia Foundation to improve learning outcomes in the Philippines by reforming local governance has more than halved the number of frustrated student readers in the country.

“With the local governments leading the way and with strong support from local businesses, there has been a 56% reduction in the number of students self identifying as frustrated readers,” Steele said from the USAID headquarters in Washington, D.C.

Synergeia’s “work on reinventing the Local School Boards, mobilizing Parent Teacher Associations and improving School Governing Councils have made all these possible,” she said.

USAID implements its Education Governance Effectiveness (EdGE) program in the Philippines in partnership with Synergeia Foundation. It is aimed at transforming local communities to be education champions, with the goal of improving the reading skills of early grade students.

Steele was the keynote speaker at the two-day virtual summit that concluded on Friday. With the theme “Learning from our Best to Defy Gravity”, the summit tackled the issues surrounding the falling competency of Filipino students.

Steele said USAID’s work with Synergeia also allowed for multi-sectoral cooperation in times of disasters to make sure that children continue to learn.

In the aftermath of Super Typhoon Yolanda in 2013, Synergeia mobilized its local government and private sector partners to rebuild schools, provide teaching and learning materials and initiated a range of intervention so that children and teachers affected by the disaster can return to school, she said.

Synergeia is a nonprofit organization that works with 421 local governments across the Philippines to lift the quality of basic education, convinced that it takes a village to raise a child.

A staunch education advocate, Steele launched the EdGE program in 2013 when she was USAID’s mission director for the Philippines.

As the EdGE program ends this year, she said “we are confident and optimistic that the movement to improve education through strengthened local governance will continue to spread and gain momentum.”

With a 40-year career at USAID, Steele, a Filipino-American, was appointed acting administrator by U.S. President Joe Biden shortly after he took office in January.