In year of pandemic pain, many feel a boundless sense of gratitude 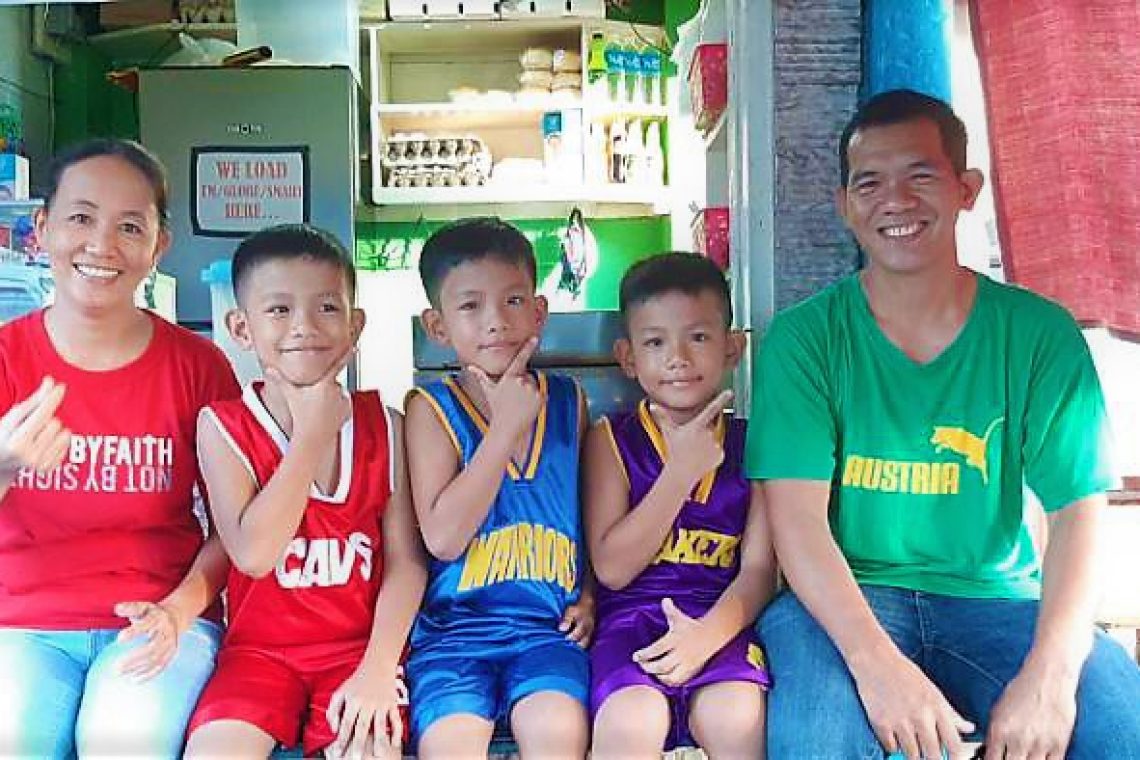 Being thankful in a year when a global health crisis led to deaths, joblessness and isolation may be tough to muster for anyone who lost  relatives, friends or income.

But as the coronavirus pandemic redefined health and family as the most important things one could have, having them both near the end of a tumultuous year becomes something to be hugely grateful for.

Among children, being able to continue learning despite the limitations as the pandemic reshaped the education structure is another gift to be thankful for.

That sense of gratitude becomes pervasive as 2020, a year like no other, draws to a close. Hopefully so will the pain it has wreaked on humanity.

“I’m thankful to God because we’re still able to study,” says Clifton Pugong, a Grade-2 student from Nueva Vizcaya province and among millions of students forced to learn remotely via modules as the pandemic shut schools.

Clifton is one of seven-year old triplets. He and brothers Clifford and Cliff John wished for notebooks and pencils for Christmas, not toys, showing how a global health crisis has failed to dampen their interest to learn outside the classroom.

The triplets were among recipients of mathematics and reading workbooks from Synergeia Foundation, part of the education coalition’s efforts to help children cope with the challenges of distance learning.

The foundation, in partnership with the U.S. Agency for International Development, gave out nearly 15,000 workbooks this year.

Synergeia works with 426 local governments across the Philippines, transforming their mindset to be more responsive to the education needs in their communities.

The triplets’ mother, Jennifer, is hearing impaired. But she tries her best to help her children with their schoolwork while she tends to a small store.

The children only see their father for a few weeks after every six months because he works for a quarrying company which is more than 200 kilometers away. Thankfully, he’s home this month and the kids are overjoyed.

Jeralyn Mortel, a thirty-eight-year old mother of two, couldn’t be more thankful for beating COVID-19. A billing staff at a private hospital, the frontline worker thought that she would not survive as she battled the disease, telling her husband over the phone to take care of their kids.

“The first five days in the hospital were the hardest because I was having difficulty breathing and I was all alone in the room,” says Mortel, sobbing as she recalled those days in June. “I kept thinking I didn’t want to be intubated, otherwise it would be the end of me.”

She soon recovered, but had to fight discrimination by co-workers who blamed her because they were also quarantined and unable to work and get paid. Her family suffered from the same prejudice although all later tested negative for COVID-19.

“I’m thankful for this new lease on life, that I still have a job and I have my family with me,” she says.

Mortel was among those who joined one of Synergeia’s virtual workshops to help parents mentor their children at home.

She is grateful that her third-grade child is a consistent honor student, and continues online learning via a computer tablet provided by Pasig City, one of Synergeia’s local government partners.

In Caloocan City, seventeen-year old Noraima Tapales is thankful that she is able to keep up, despite a rough start, with the requirements of her online classes, where she is currently in Grade 9.

She is hoping she will be the first in the family to earn a degree. Her three older siblings were forced to discontinue their studies and find work after their father was killed by an unknown assailant in July 2016.

“She studies hard because she has experienced poverty,” her mother, Mercedita, says of Noraima. “She knows that education will help her rise from it.”

‘Education back in the community’

The pandemic also tested the limits of educators who had to adapt to the new education normal and yet were bold enough in pushing for changes to ensure that children would learn despite the challenges.

School principal Lucia Lamanero launched a teaching volunteer program in Concepcion, Iloilo after a survey showed that some children were left with their grandparents at home as their parents headed off to work.

“I organized clusters of learners in several sitios where these families live and assigned learning facilitators to help the learners who have no support at home,” she says.

Synergeia has advocated for in-person tutorials in places with zero COVID cases or low-risk areas, to help students with working or unschooled parents and those who cannot afford online platforms.

“I am grateful to my stakeholders, especially my Synergeia mentors. They helped me appreciate the meaning of transforming people and touching their hearts,” says Lamanero.

Other teachers like Leonarda Lumot from Villaverde, Nueva Vizcaya do home visits or read stories to their students online or through phone calls.

“I am thankful that I am still able to carry out my job and take care of my pupils. I am also grateful for how responsive they are to learn,” says Lumot, who won a Synergeia virtual storytelling contest with her piece about a child who’s determined to follow her dream.

The in-person tutorials “brought education back in the community,” said Meriam Puegan, a 25-year-old teacher from San Gabriel, a COVID-free municipality in La Union.

“As a teacher, I am grateful for where I am now. I live and teach in the mountains where things are simpler,” she says. “I can still meet my students without fear of getting sick.”