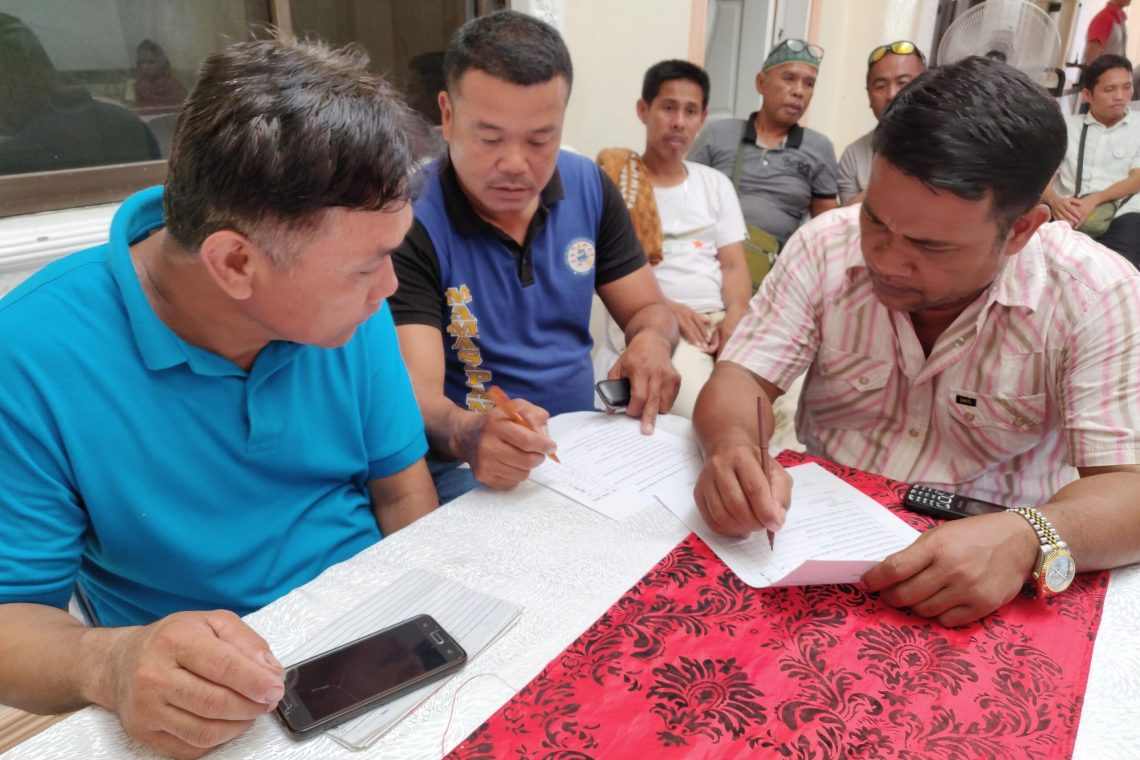 We are deeply encouraged by the eagerness of communities to participate in improving the education of their children. They look forward to learn more about the SGC and come to the SGC workshops with enthusiasm and hope.

In this quarter, 11 SGC workshops were held in Balindong, Bubong, Buluan, Ditsa-anRamain, Mamasapano, Mangudadatu, Marantao, Masiu, Matanog, Omar and Tamparan, and these were participated in by more than 1,000 school heads, parents and barangay officials. The workshops followed a structure, with the first part being a discussion of the state of education of children in the municipality.  The SGC members were often shocked to be presented with data showing how poorly the children have scored in national achievement tests or the many number of children who are struggling to read.  This would drive them to do their part in finding solutions.

They would then be given an orientation on the role and functions of the SGC, the difference between the SGC and the parents-teachers association, how to organize functional SGCs, how to map the community to get good and dedicated people to be SGC members, how to call a meeting and formulate an agenda, and how to build teamwork.  They learned about the School Improvement Plan (SIP) and how they could participate in crafting the SIP together with the school head.  They learned that in more advanced LGUs, the SGC is invited to discuss and elevate school concerns to the Local School Board and this made them more excited at the things the SGC can do for the welfare of children.

SGC Assessment.  We asked the SGCs to fill up the assessment form to gauge how they are in the organization of their SGCs.  Most of the SGCs scored 0-1 which meant that they are still starting to organize a functional SGC while Balindong scored a 2.68 which meant “malapit na maging good”or getting to be a functional SGC.

We used an assessment tool developed by Synergeia that looks at the attributes of a functional SGC.

The scores are computed using a 4-point rating scale:

SGC Action Plans.  An important part of the SGC workshops is learning the process of preparing an action plan. To move them away from stating their plans into motherhood statements, the SGCs were helped to translate their first goals into tasks and to state them into inputs, outputs and outcomes.  To make their plans operational, they were introduced into a simple RACI Matrix . They had a task analysis and identified persons who were to execute each tasks and within a timeline. They were taught the simple rudiments of budgeting.  Then, they were asked to prepare their own simple SGC action plans. S ince almost all of them did not have functional SGCs, the first action plan that they did was about organizing their own SGCs. The second action plan was about implementing a simple project for the school children.  Two examples of simple action plans from 2 SGCs in Bubong and DitsaanRamain, Lanaodel Sur are shown herein. They are simple plans on conducting a summer reading class and conducting a homeroom values education session.

At the conclusion of the SGC workshops, the participants wrote about their learnings and take-aways from the workshops.  We sincerely believe they are off to a good start.